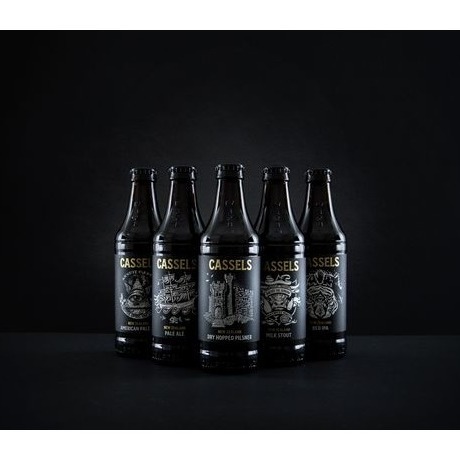 Cassels Brewing Co is a premium brand in the craft brewing market achieving rapid growth throughout New Zealand. Based in Woolston, Christchurch at the historic Tannery complex, we source the highest quality of ingredients that are either produced or grown from our own 'backyard'. We have six main beers, in bottles and kegs, three cask beers, cider and a range of specialist seasonal beers. Over the years we have garnered a number of industry awards including many gold, silver and bronze medals for our Pilsner, Double Cream Milk Stout, Lager, Pale Ale, IPA, Milk Stout and Dunkel. Cassels famous Milk Stout has added to its many local accolades by winning the Trophy as "World's Best Stout & Porter" at the World Beer Awards 2019. This prestigious global trophy is one of the highest awards ever given to a New Zealand beer, and has propelled Cassels Brewing Co to stellar growth in New Zealand and internationally.

Cassels Brewing Co is a family business in the true sense of the word.