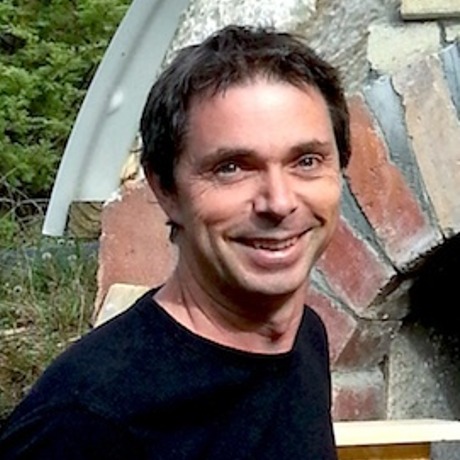 This definitely isn't your grandmother's recipe but it's very dear to my heart as it was my audition dish, I spent a lot of time working on it and refining it. As my re-imagining of apple pies I've loved as a child, it has a variety of textures of apple, a sweet buttery pastry and lots of lemon. Served with cinnamon cream and cider reduction, this apple tart won over the MasterChef judges.

To make the cider reduction

Place the Old Mout cider in a heavy-based saucepan with the sugar and place over high heat. Reduce the cider until it has started to thicken, around 30 minutes. Watch the reduction carefully and move the syrup around to avoid burning. Simmer until the syrup has taken on a thick, rich amber consistency. Remove from the heat, allow to cool slightly, then place in a squeeze bottle or jug, ready for pouring later.

To make the pastry

Preheat oven to 180°C (170°C for fan-bake). Place the sugar, butter and lemon zest in a food processor. Pulse and use a spatula to scrape down the sides for 1-2 minutes until the mixture is light and has turned a pale colour. Add the egg and process until fully incorporated and the mix is light and fluffy. Add the sifted flour and pulse until just combined. Tip the pastry onto a floured bench and bring together to form a ball. Cover and place in the refrigerator until firm (about 30 minutes).

For the tart shells

Roll out pastry on a floured bench to a thickness of 3mm. Cut out circles about 25mm bigger than your tartlet tins. Lay the pastry in the tins, carefully push the pastry into the corners and use a knife to trim the excess from the edges.

To shape the biscuit bites

Roll the excess pastry to 2mm and use a glass or cutter to cut out circles which are the same diameter as the Meyer lemon. Use a fish slice to carefully lift the pastry circles onto a baking sheet lined with baking paper. Cut into quarters with the fish slice.

To bake the tart cases and biscuit bites

Place the tartlet cases next to the biscuit bites on the baking sheet and place in the oven. Bake for 5-6 minutes, or until the biscuits are lightly browned on the edges. Remove the biscuits from the oven but keep baking tart shells another 4 minutes or until the edges brown slightly and the bases are cooked but still light in colour. Remove from the oven and set aside to cool.

To make the cinnamon cream

Place the cinnamon quills in a heavy-based saucepan over medium-high heat and toast for about 1 minute, or until fragrant. Add the cream and heat until the cream starts to bubble at the edges. Add the icing sugar, remove from the heat and allow to stand for 20 minutes for the flavours to infuse. Strain the cinnamon from the cream, squeezing out as much liquid as possible, and place in the refrigerator or freezer to chill. Just before serving, whip to soft peaks.

To make the custard

Place the scraped vanilla pod and cream in a heavy-based saucepan, place over medium-high heat and bring to a simmer. Remove from the heat. In a heatproof mixing bowl, beat together the sugar and egg yolks for a couple of minutes until light and fluffy. Place the mixing bowl over a saucepan of barely simmering water and slowly pour the simmered cream into the mixture, whisking continuously. Use a spatula to continuously stir until thickened, but do not heat the mixture over 85°C or it will curdle. Pass through a fine sieve and allow to cool.

To make the granny apple layer

Grate the apple into a saucepan and combine with the lemon juice and sugar. Place over medium-low heat and allow to cook until smooth, stirring occasionally.

For the Jazz apple layer

Cut 3 of the Jazz apples into 7mm cubes and place in a saucepan. Finely grate the other 3 apples and squeeze the juice out by hand through a sieve into the saucepan. Discard the squeezed apple pulp or use in a cake. Place the saucepan over high heat until the juice has been reduced by half, then add the apple cubes and cook on medium heat until juice is absorbed and the apple is cooked but still keeps its shape.

Spoon an even layer of the Granny Smith purée in the base of the tartlet cases. Top with an even layer of the Jazz apple cubes. Spoon over a layer of the custard but allow a little of the apple to show at the edges. Place the tartlet on a serving plate and place a dollop of the cinnamon cream beside the tartlet. Cut the Meyer lemon slices into quarters and place on top of the biscuit bites. Sprinkle with a little caster sugar and use a gas torch to caramelise the sugar. Place three on the plate near the cream. Drizzle the cider reduction in a semi-circle outside the tartlet and over the cream. 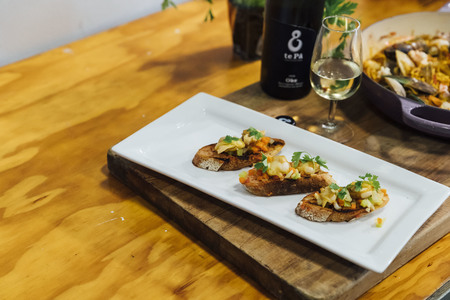 Porchetta with Grilled Carrot and Fennel…