PLEASE NOTE: You are viewing a page from a past show, Specials, Products & Competitions may no longer be valid. 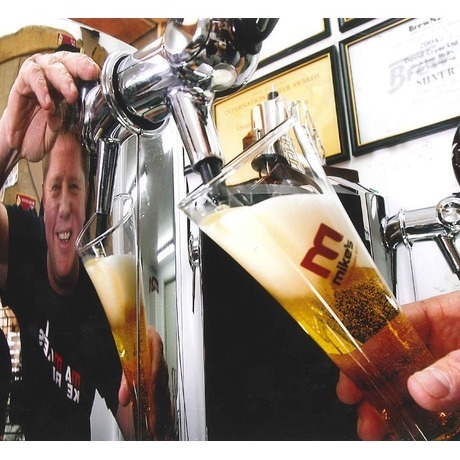 New Zealand’s oldest real craft brewery, established in 1989 and still in the same spot in rural Taranaki. Having won heaps of awards and medals over the years, mike’s is still mixing it up with the cool kids, and is constantly releasing innovative new brews. It’s all about the flavour, nothing else really matters. Firmly on the “Taranaki must do” list is a visit to mike’s Tasting Room Café, where the beers can be enjoyed brewery-fresh along with a café menu. 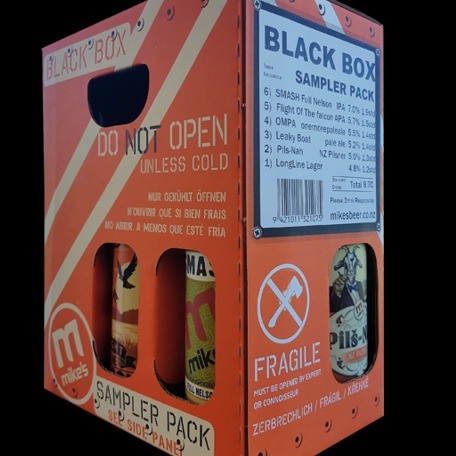 mike's Legendary beers in an awesome package! 6 beers Lager, Pilsner, 2 x Pale Ales, American Pale Ale and an IPA. All very drinkable and no dark beers. Show Special just $20.00 and you go in the draw to win an amazing trip for you and 5 friends including helicopter flights, brewery tours, beers and a meal. Normal price of the Black Box $24.99, so you're saving $5, and go in the draw to win the prize.

Purchase a Black Box at the Auckland Food Show. Download the mike's Beer app for free. Upload a cool photo of yourself and your Black Box. One entry per Black Box purchased. You're in the draw for the awesome prize, drawn on Monday 31st July 2017. Helicopter flight for 6 people (all on one flight) departs from New Plymouth airport and heads out to mike's Brewery, then into the North Taranaki bush and waterfalls. Returning to the brewery for a meal, beers and a brewery tour. Return to the airport via courtesy van. The prize must be redeemed within three months of the draw. 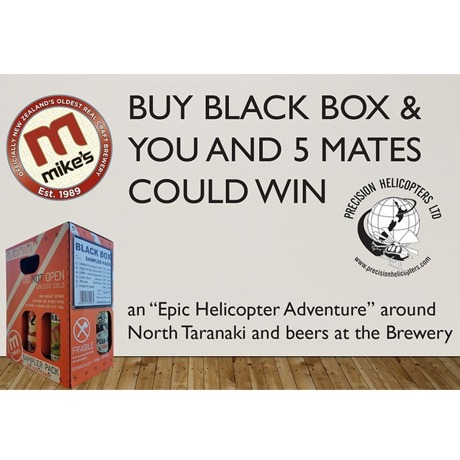 Helicopter flights for 6 people around some awesome North Taranaki locations, landing at mike's Brewery to pick up some beers on the way. Brewery tour, a meal and drinks for you and your crew back at the brewery. Buy a "Black Box" mixed 6 pack. Download the free mike's Beer app. Scan the QR code on the pack. Upload an awesome photo of you and your Black Box, and you're in the draw.

Prize drawn on Monday 31st July 2017 Winner will be notified via mike's Beer app Judges decision on photo quality is final. The prize is for 6 people in total, and all at one time, there wont be any splits of the group and run times. The prize is valid for 4 months from 31st July 2017, and cannot be exchanged or reduced in value. Prize winners will be returned to the New Plymouth airport via courtesy van after the meal at the brewery. Travel to and from New Plymouth airport is not included. 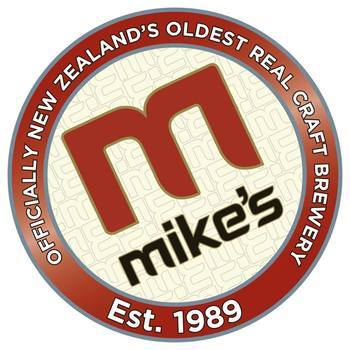 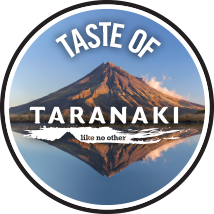 Learn more about Taste of Taranaki