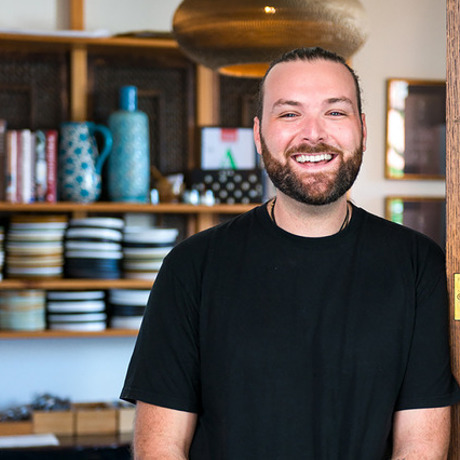 Samir Allen is a New Zealand-Lebanese chef and owner of Karangahape Road’s award-winning Gemmayze Street restaurant. Originally from Dunedin, Samir’s maternal family emigrated from Lebanon in the 1800s to settle in the South Island during the Otago gold rush. With a rich family history in hospitality, Samir pursued his dream of being a chef straight out of school. After working for several years under Ben Bayly as a sous chef at The Grove, Samir embarked on a pilgrimage back to Lebanon in 2014, where the vision for his first restaurant first began to form. Passionate about sharing the food and culture of his heritage, Samir has been championing Middle Eastern cuisine since Gemmayze Street opened its doors in 2016.