Since 2005 Peta has been hosting her culinary tours to the South of France, Morocco, Spain, Italy, India and now New Zealand. Behind Peta's now legendary gastronomic adventures are two simple ideas: the best way to explore a culture is through its cuisine. Understanding how and what people eat, their customs, taboos and rites of passage brings the culture alive. Secondly the experience has to be authentic and respectful.

For 12 years Peta presented the award winning prime time travel/food shows 'Taste New Zealand', 'Taste Takes off' and 'A Taste of Home'. Several years ago Peta set up her own production company 'Red Head Media' with colleagues, to make the  food/travel television series 'Peta Unplugged in Marrakech', 'Ten Recipes For Fabulous Summer Entertaining' and 'Culinary Adventures in the South of France'.

More recently Peta has taken her one woman live show on the road - telling tall stories, ironing out the agonising problems of your life, sautéing up a storm, singing of lost love and explaining how egg whites can transform your life. Peta has played to sell out audiences around New Zealand for the last three years.
In 2012 Peta was awarded the New Zealand Order of Merit by the New Zealand Government in recognition for her work as an author and TV presenter.

She has written twelve books, some about food and some social commentary. In November 2014 Peta's latest book on India, published with Julie Le Clerc, 'Hot Pink Spice Saga' was released and in 2015 it won Best Culinary Travel Book from NZ in the Gourmand World Cookbook Awards. 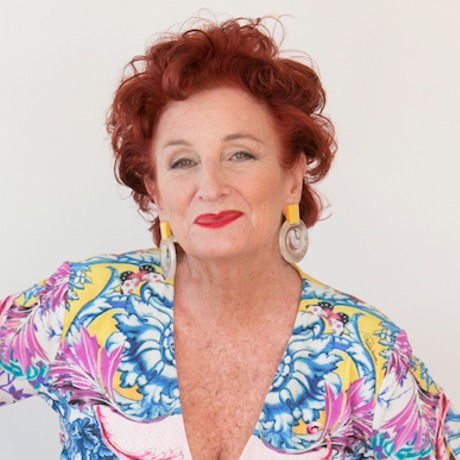