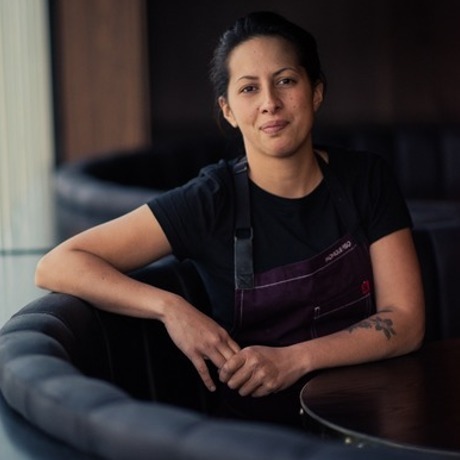 Monique Fiso is a lover of cuisine, she is very fast becoming New Zealand's favourite chef.

From an after school job as a sandwich hand at the age of 14, to the kitchens of New York City where Monique trained at top Michelin star kitchens, The Musket Room, PUBLIC Restaurant, & Avoce. In 2016 she returned to New Zealand and began her creative space Hiakai. Using traditional Māori cooking techniques and ingredients in combination with her Michelin training, Fiso has taken Māori cuisine to a whole new level of sophistication and pushed it into the next chapter in its food story.

Monique is now in the process of writing her first book and has opened her first restaurant space Hiakai in New Zealand’s capital Wellington. 2018 saw Monique star in Netflix’ first season of The Final Table. She was also crowned Viva’s person of the year. Monique is an inspiration to people globally for her hard work ethic, education of her culture and giving back to the people that mean the most to her.