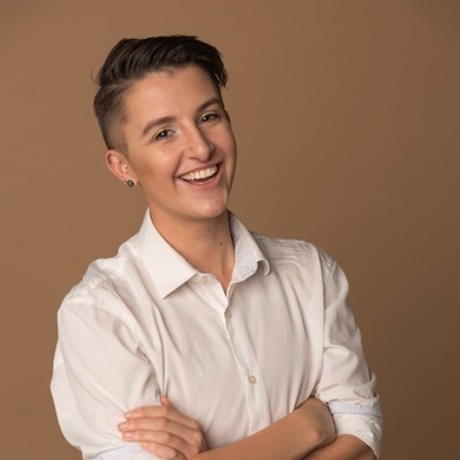 Our MC, George Fowler is a queer kid about Wellington, notorious for bad karaoke and ruining perfectly good small talk with puns. George is also known as drag king Hugo Grrrl and runs smutty comedy and cabaret gigs for a living. He’s perhaps most well known for his projects The Pun Battle and Naked Girls Reading (it’s exactly what it sounds like) which both tour the country annually. For his efforts, this quirky bloke was recently awarded Best MC, Best Producer and Outstanding Achievement at the Wellington Comedy Awards, graced the cover of Sunday Magazine and also stars on TVNZ’s new hit reality show House of Drag. George candidly self identifies as an extremely novice chef but what he lacks in knowledge about food, he definitely makes up for in enthusiasm.