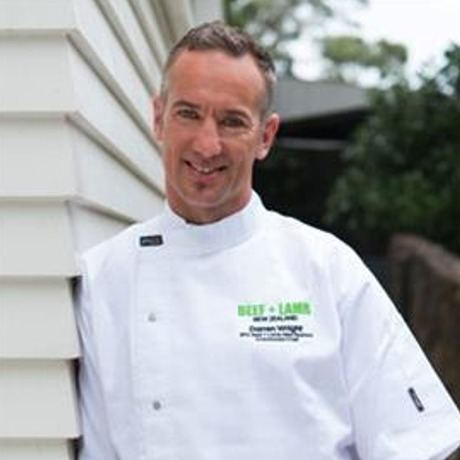 Darren Wright, is a fishermans son who began his cooking career as a kitchenhand in Akaroa. After completing his chefs training at Christchurch Polytechnic, Darren moved to the Crowne Plaza in Christchurch, where he won the 1999 SPHC Junior Chef of the Nation title.

Darren has also won the South Island Chef of the Year title two years in a row, and competes regularly in the NZ Culinary Team. Darren is also one of the highly regarded Beef+Lamb NZ Ambassadors.

For several years Darren and his wife Leanne owned an award-winning restaurant, Harbour 71 in Akaroa. The Christchurch earthquake temporarily derailed their plans to open a restaurant in central Christchurch, however in late 2012 they finally opened Chillingworth Rd, which is a combination of a bar, elegant dining room, cook school and kitchen store.