Angela Jacobson owner and marketing manager at Judge Rock says: “this is the third time in 4 entries our Pinot Noir has won a Gold Medal or Five Stars from the Olympics of World Wine Competitions-few athletes could claim such success. We are one of the world smallest vineyards from the most southerly wine growing region of the world, Alexandra basin Central Otago. Our 4ha vineyard has proven its ability to consistently make great Pinot Noir. Since 2006 Judge Rock Pinot Noir has consistently received gold & silver medals from various national and international competitions.

The Decanter World Wine Awards (DWWA) is the world’s largest and most influential wine competition. 2014 saw another record-breaking year of entries, with over 15,000 wines entered into the competition from 46 countries.

A panel of over 200 world-class judging experts, including Masters of Wine, Master Sommeliers, wine writers, buyers and important members of the wine trade carefully taste their way through each of the wine entries. Each entry is tasted blind, individually discussed by the panel, and judges award the top wines with a Decanter medal.

This stunning wine will be available for purchase at the 2015 Christchurch Food Show. 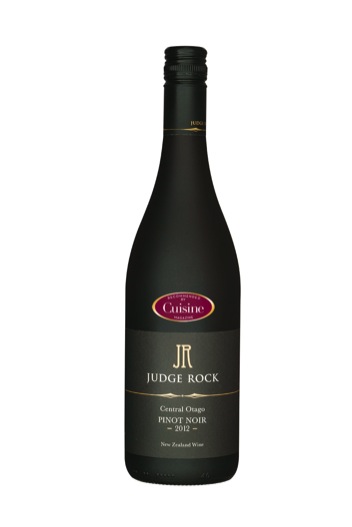